But, it was Ph.D. student Veena Somareddy who snagged the top $15,000 prize as well as the $2,500 Diversity and Inclusion Award with Neuro Rehab VR. 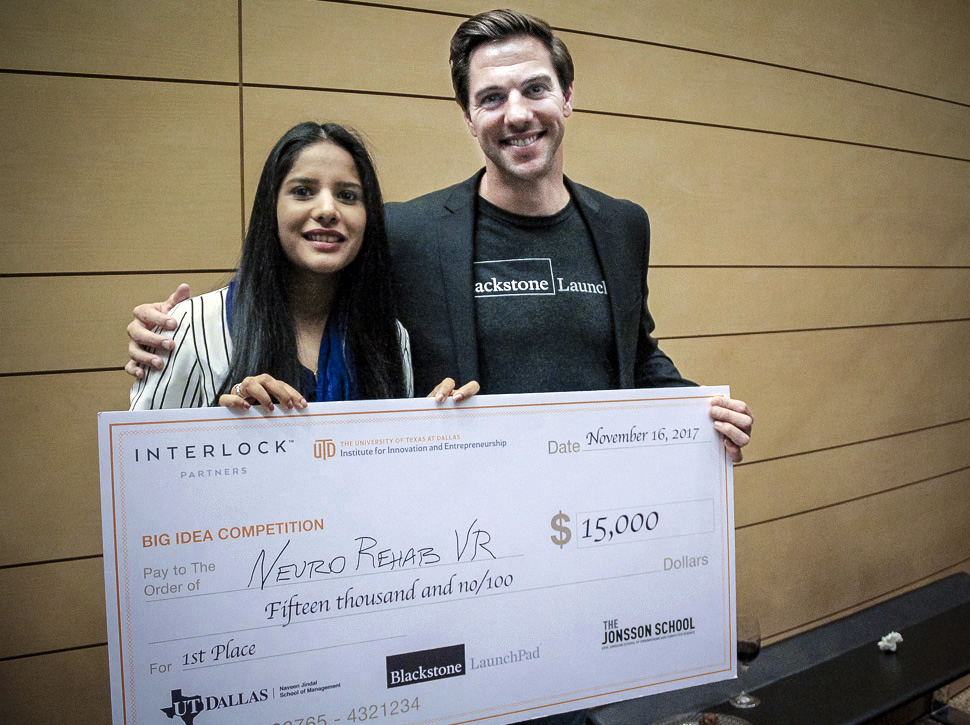 Her startup is working to disrupt the field of physical therapy with virtual and augmented reality games leveraging the brain’s neuroplasticity.

“Research suggests that exercise with functional goals and targeted repetition can increase and form new neural pathways in the brain.”
Veena Somareddy

Suffering a stroke or traumatic brain injury can change a person’s life forever leaving them with long term disabilities.

With physical therapy and cognitive training, the brain does have the ability to recover, said Somareddy, who is a Neuro Rehab VR co-founder and software platform engineer at Fort Worth’s Neurological Recovery Center, where the therapy games are currently being used.

“Research suggests that exercise with functional goals and targeted repetition can increase and form new neural pathways in the brain. Our games are designed to do exactly that,” Somareddy said.

The startup has developed three games so far that focus on different areas of the body and brain. Patients at the Neurological Recovery Center have been using them, but there are plans to expand to five more clinics across the U.S. by the end of the year.

Other finalists in the startup pitch competition put on annually by the university’s Institute for Innovation and Entrepreneurship didn’t go home empty handed. This year’s prize pool was $80,000 and included new categories such as diversity and inclusion and social impact. Beyond students, UTD faculty, staff, and alumni were also recognized for their entrepreneurial work.

Cthrough won the $10,000 second place prize for its AR attraction map app. AltaAir received $5,000 for coming in third with its UAS for monitoring air quality. It also was named the Best Undergraduate Idea, which included a $2,500 prize.

Here are others honored Thursday night:

“If you truly are disruptive and innovative, you will polarize people.”
Guy Kawasaki

This year’s Big Idea judges included Julie Nickols, partner at Haynes and Boone, Courtney Caldwell, co-founder of ShearShare, Jeff Williams, partner at Interlock Partners, and Bob Metcalfe, co-founder of Ethernet and director of innovation at the University of Texas at Austin. Guy Kawasaki, a former Apple executive and current chief evangelist at Canva, also served on the judging panel and gave a keynote speech about the art of innovation.

Kawasaki said being an innovator means learning to ignore the naysayers.

“If you truly are disruptive and innovative, you will polarize people,” he said.

Guy Kawasaki at UTD: 10 Tips on The Art of Innovation

Arun Gupta, founder and CEO of Skyven Technologies at the 2017 Big Idea Competition. 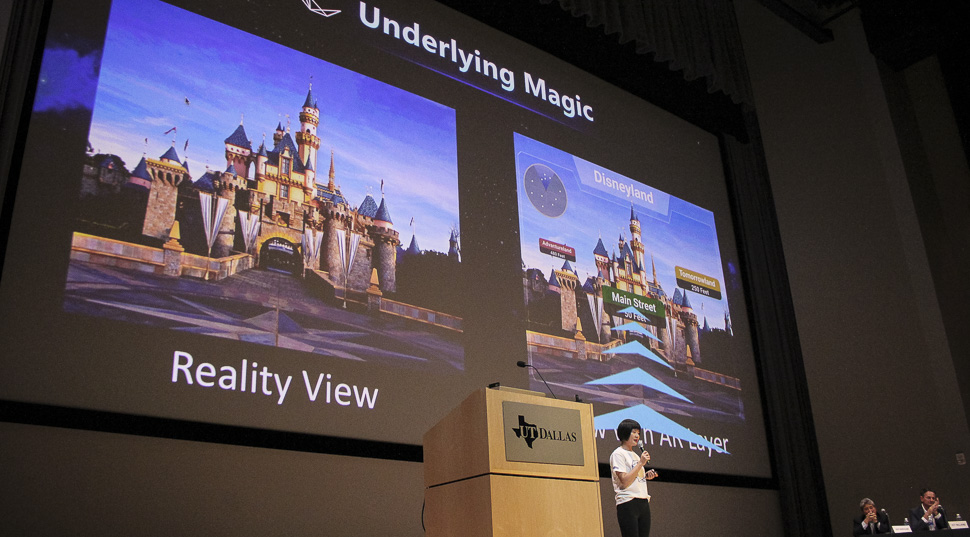 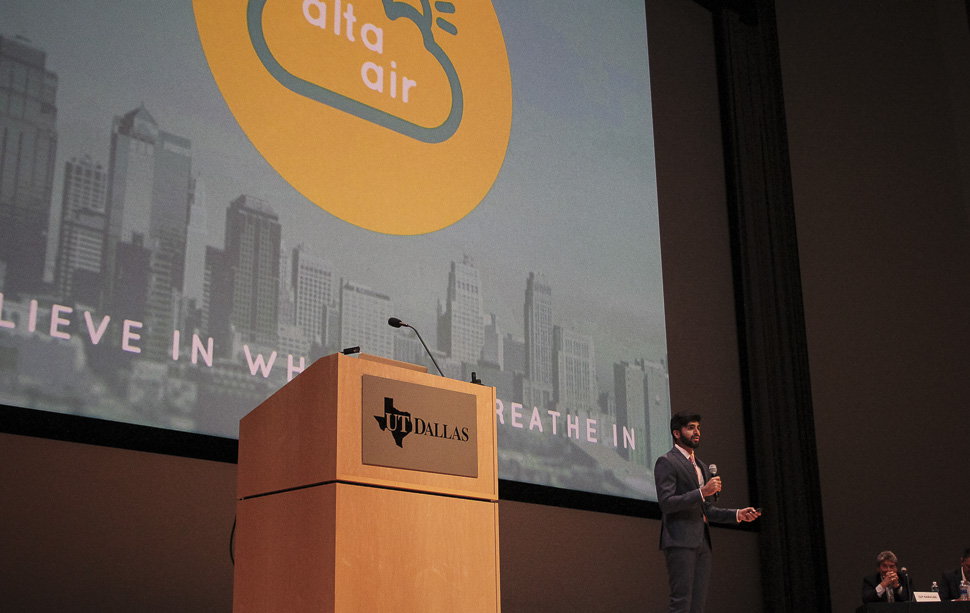 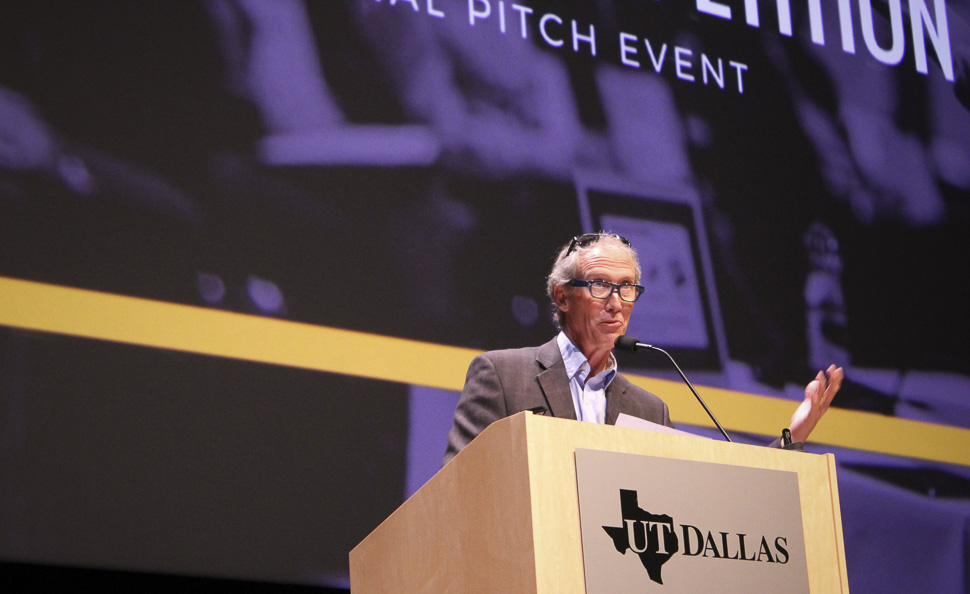 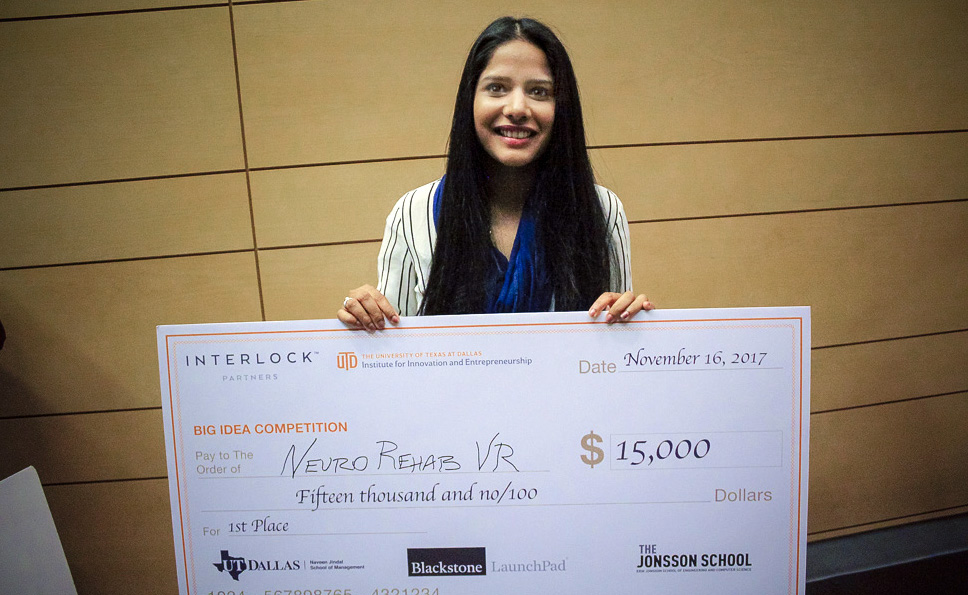 Student Veena Somareddy who snagged the top $15,000 prize as well as the $2,500 Diversity and Inclusion Award with Neuro Rehab VR 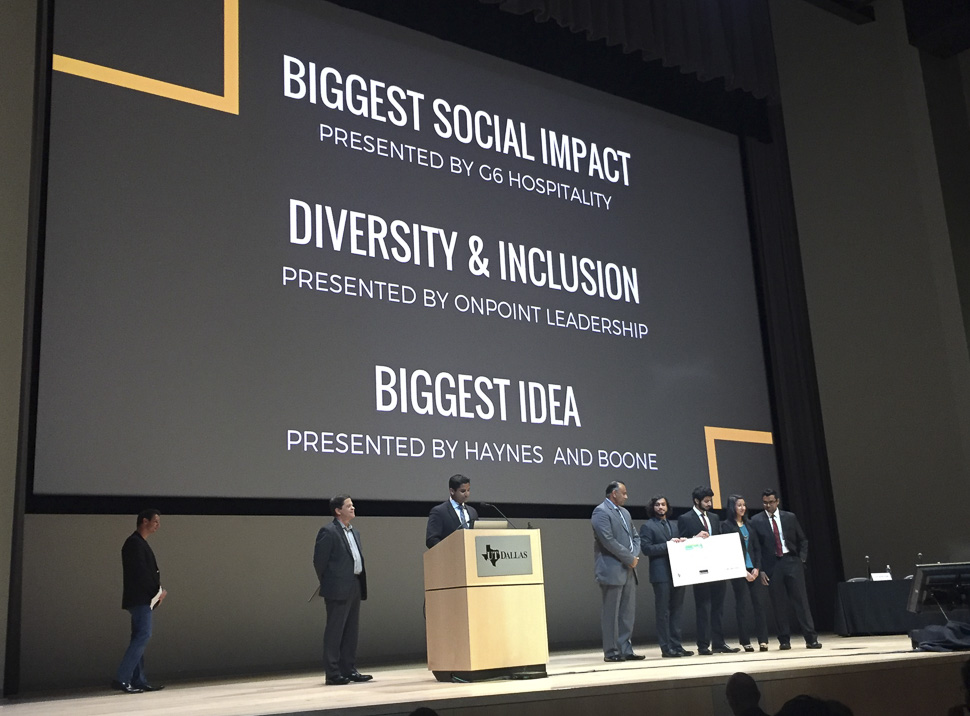 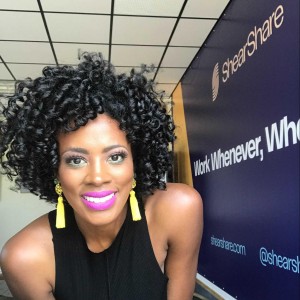 Courtney Caldwell is the Cofounder & COO of beauty-tech startup, ShearShare, the first mobile app that lets stylists quickly find affordable salon and barbershop space to lease near them. Named an Inc. magazine 2019 Female Founders 100 and the 2017 L’Oreal Women in Digital NEXT Generation Award winner, Courtney’s mission is to empower industry professionals and help keep our small businesses open.
All Posts »
PrevPrevious18 DFW Startups Vie in Tech.Co’s Reader Poll
NextWhere the Money Really Goes in a Salon/SpaNext