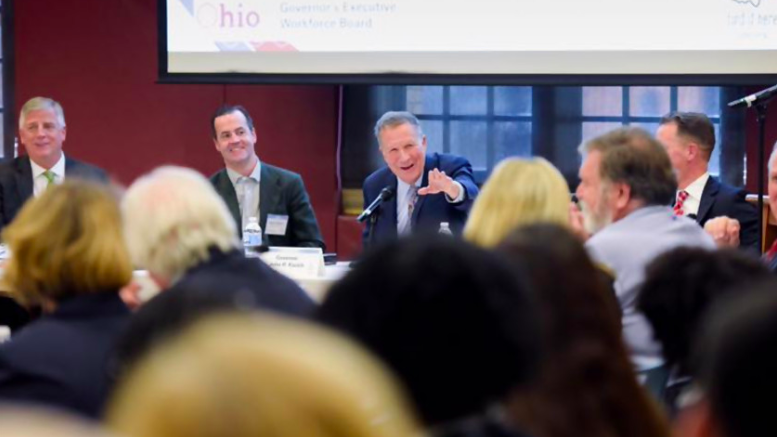 Governor John Kasich signed Senate Bill 255 (SB 255) Friday, reforming Ohio’s occupational licensing laws, some of which are considered to be the most economically crippling in the country.

The law will require Ohio’s state legislature to examine every occupational licensing board in the state, assess their value and utility, then decide if they serve an essential function. If not, they will be disbanded. The legislatures have a five-year window to complete the examination.

In addition, the Legislative Service Commission will review every future proposed board to ensure they are fair and not economically detrimental to citizens.

The Buckeye Institute, a non-partisan, free-market think tank “whose mission is to advance free-market public policy in the states,” was the primary force advocating for and encouraging passage of the bill.
Following it’s signing, Buckeye Institute Research Fellow, Greg R. Lawson celebrated the decision, stating:

With the signing of Senate Bill 255, Ohio has gone from being one of the very worst states in the nation on occupational licensing to the very best…Through the extraordinary leadership of Senate President Larry Obhof, Senator Rob McColley, and Representative Ron Hood, Ohio can now rightly claim its place at the top of the list of states on occupational licensing, with the country’s strongest reforms and most rigorous tools to review existing and new licensing laws.”

While many “high-risk” occupations (surgeons, civil engineers, etc…) understandably require occupational licensing and oversight, many states require similar licensing for comparatively low-risk positions (hairdressers, cosmetologists, etc…). The occupational licensing boards are often filled with leaders in the respective industries and some detractors view this as a conflict of interest as they can ensure their hegemony in a given field is not challenged by making regulations that keep out the competition.
In a November 18th policy report by the Buckeye Institute: Forbidden to Succeed: How Licensure Laws Hold Ohioans Back, the think tank found that “of the 31 moderate-income occupations requiring licensure in the Buckeye State, 15 require hundreds or thousands of hours training and experience.”
State Senator Rob McColley (R-Napoleon) was the bill’s main sponsor.